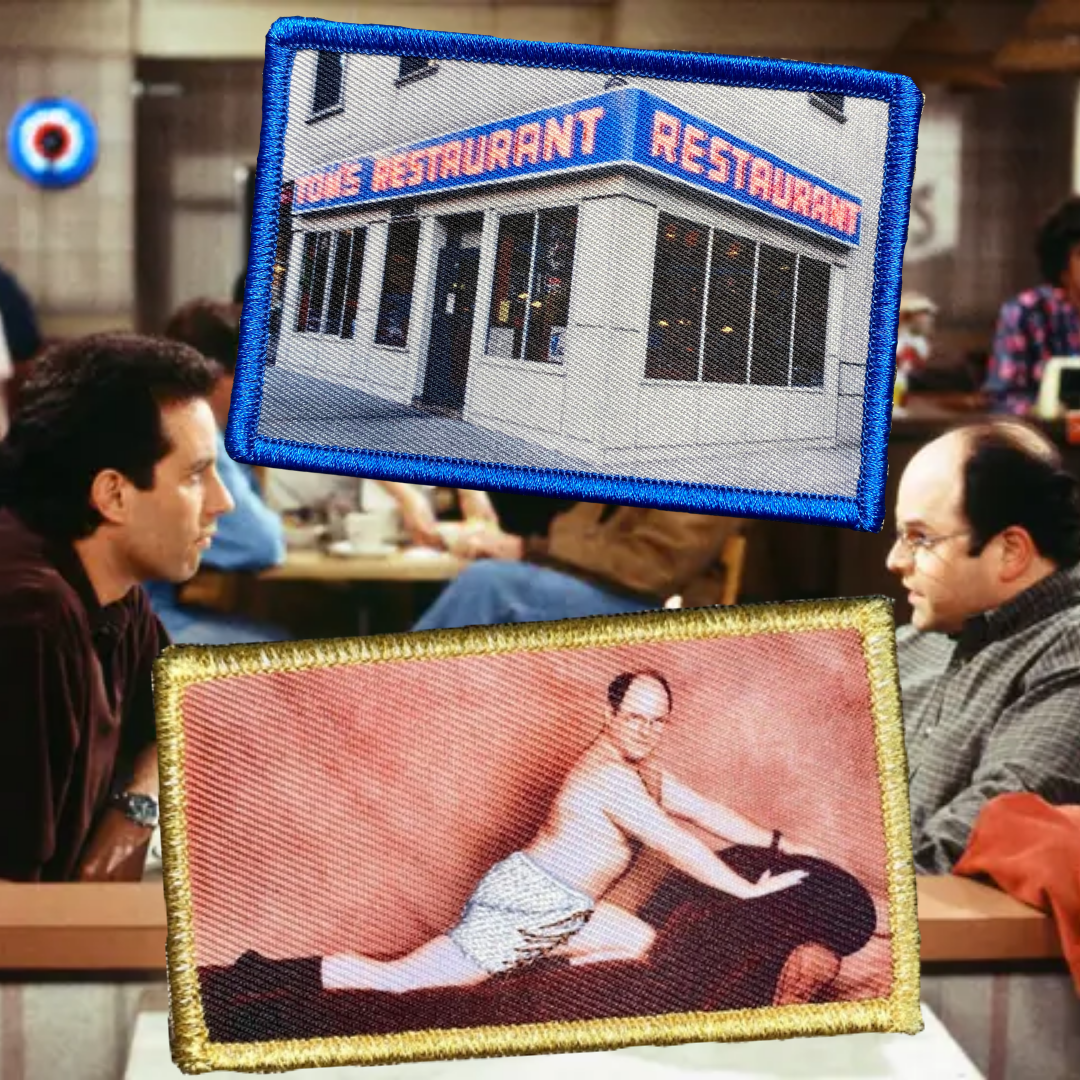 Alright, ladies and gents. We have a brand new patch and I'm really excited about this one. I think it's one of our finest yet. I'm happy to announce the new addition to our Seinfeld patch collection, TOM's RESTAURANT. The best restaurant in New York City sitcom history, from the show about nothing, is now in patch form.

I'd be remiss if I forgot to include our George Costanza Professional Model patch. The man does it all. He's a hand model, an architect, a latex salesman, and the Assistant to the Traveling Secretary. I'd like nothing more than to have some tuna on toast at Tom's with George. There's an argument to be made that he's the wisest character on television.